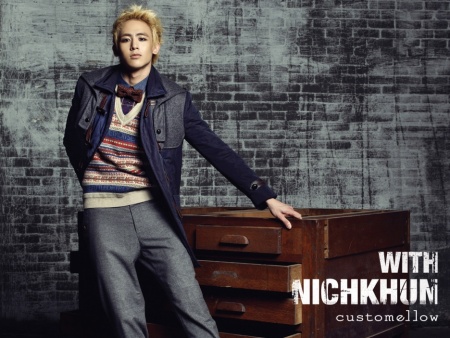 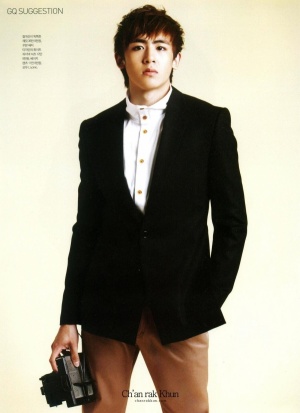 Although still a JYP trainee, Horvejkul has already made himself a name as Asia's future top star. He has gained fans from Thailand and Korea with appearances on televion, such as JYP's talent competition, Superstar Survival where he took role of the host. Horvejkul speaks four languages: his primary languages consist of both Thai and English; his secondary language is Korean.

Khun was born in the U.S, then he moved to Thailand with his family when he was two years old. However, he moved back the the US to finish schooling in Rancho Cucamonga. There he was scouted at his future mentor's, singer, concert.

After passing the audition, the company took him to Korea to sign his contract, and show him where he would get trained. He spoke to his parents before accepting the offer. They were supportive, telling him he should regard it as a learning opportunity and a valuable life experience. His eight-year contract does not include the time he has to spend in industry training, or learning languages.

Khun has mentioned in an interview on how training to become a star is hard work. JYP is giving him instruction in all branches of the industry. He must also learn Chinese and Korean, and work out regularly. He has 24 others of similar age in his 'class', who every month are tested to see how they are performing. Khun and his classmates must turn from being friends into competitors, which would be an unusual experience.

His JYP contract does not mean he will perform exclusively in Korea, as the company is keen for its talent to get work experience in their home countries, too.

Superstar Rain is his senior, and as a fellow JYP 'property' has given him advice every step of the way, Khun says. Some of his fans believe Khun is destined for superstardom himself - they have started calling him 'the second Rain '.

In mid 2007 JYPE announced that they would be producing a large boyband consisting of either 11, 12 or 13 members. In mid August a list of 12 confirmed members was released with Khun being one of the 11 known members. A 12th member has been decided but has yet to be unveiled. As of right now the group is just being referred to as JYP's 12 member boyband. The group has debuted on September 4, 2008 on M! Countdown with their 2pm single 10 out of 10.

As of July 10th, 2008, with the debut of the ballad group 2AM, it seems that Nich Khun will be in 2AM's dance/pop counterpart 2PM, in a whole group named One Day.