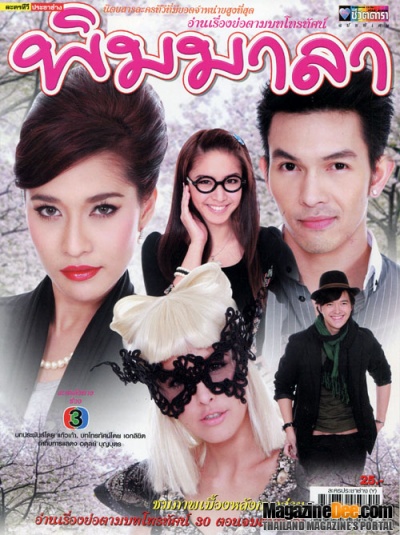 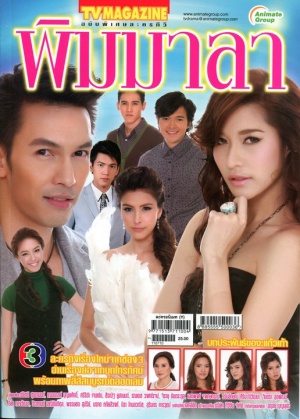 Aum's role is a charming playboy who dates many girls at once. He captures the heart of our nang'ek Namcha, who is at first a sweet, nerdy, and innocent young woman, the niece of his boss, Mam Jintara. When Namcha finds out that Aum is a playboy, she is heart broken and goes to study abroad. Fast forward a couple of years, the new gorgeous and headstrong Namcha returns to Thailand to stay with her aunt. She also goes to work at her aunt's company and again meets Aum, who is now smitten with her new look and attitude. Deep down Namcha still have feelings for Aum but she is engaged to Nam Ronnadet, whom she later marries. Soon, an angel who is played Rita finds Aum and turns him into a woman so he can experience the things women have to go through. Aum's womanly body is Ploy Chermarm whose name is Pimmala. Regardless of being trapped in Pimmala's body, Aum's playboy nature does not go away. Rita makes a deal with Aum. If he quit his playboy behavior, she will turn him back into his regular self. The Aum in Pimmala's diguise befriends Namcha and it is through this stage that Aum falls for her wholeheartedly and sincerely. When Aum finally realizes that he really loves Namcha, she is already married to Nam. Later, Nam dies from an illness and Namcha learns she is pregnant with his baby. At this point, Aum is very sorry and Rita, seeing the way Aum is, turns him back into the regular Aum he was before. In the end, Aum and Namcha begin to date and Aum helps raise Namcha's baby girl.

Aum is a playboy. He dates many girls, and Namcha the nice of Mam Jintara goes to work for her. Namcha was Aum's co-worker.She instantly falls in love with Aum, but Aum who sees her as a nerdy, not good looking, and as a worker. Namcha later finds out that Aum is a playboy, and so she went to study abroad. When she comes back, she meets Aum again and now she has a different look, she's more beautiful, not as nervous as before. Aum now starts to like her, but she introduces her fiance to him. Namcha who still has feelings for Aum, and Aum also thinks that she still has feelings for him too and he tries to get her back. Rita, Namcha's godmother see's that Aum is going to make Namcha sad again turns in into a woman in the body of Ploy named Pimmala. Rita changes everything, her name, birth cerfticate, license, etc. She forces Aum/Ploy to go and work at where he did before. (Aum got kicked out of the company). Now he goes back to work as Ploy. Rita wants Aum now to experience how much woman have to go through and how is it like to be a "true woman". Aum can still have his body only when he does good deeds, and helps Rita with what she asks him to do. Rita wants Aum/Ploy to go try to make those girls that got brokenhearted from him. Aum/Ploy faces obstacles to make those girl to not have a grudge against him. Namcha's fiance has an illness, and Namcha is also pregant. Later, Namcha's husband's died. Rita who knows that Aum is going to be Namcha's "couple" or "husband" wanted to change him. After that Rita took Aum to a place where he got turned into a woman and now he fully became 100% man again. Soon Namcha and Aum starts to date and took care of Namcha's baby.