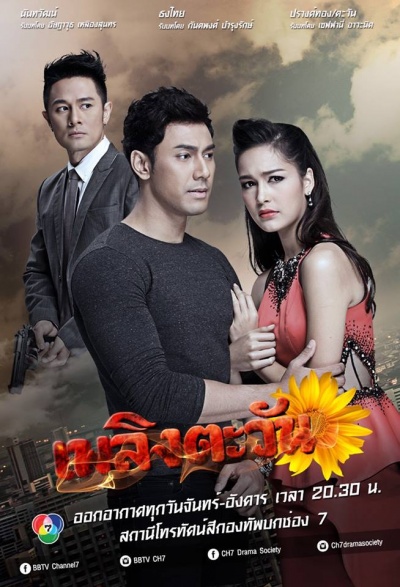 It all began when a mysterious woman was found in the back of Thongthai's car all bruised and beaten. Thongchai immediately brought her to the hospital and found that she suffered a miscarriage after being so badly beaten. The woman could not remember who she is or where she's from. She was mentally and physically unstable. She couldn't do anything for herself: eat, use the bathroom, speak, etc. Thongthai felt sorry for her so he took her in to help her recover. He's the owner of a sunflower farm. He gave her the name Tawan because he was surrounded by sunflowers. Thongthai's mother helped teach Tawan how to live life again by doing simple tasks of daily living. Soon, Tawan became a sweet and well-mannered woman who inherited good house skills from his mother as well. Tawan and Thongthai begin to fall in love. However, when Thongthai took her to the carnival on Songkran (Thai New Year), he realized that Tawan was really good at shooting games. She won every game and seemed to be familiar and comfortable with operating the gun. What is Tawan's true identity? What was her past and who was she married to? Will Thongthai and Tawan be able to live happily together after she discovers her true identity? Tune into Plerng Tawan to find out.