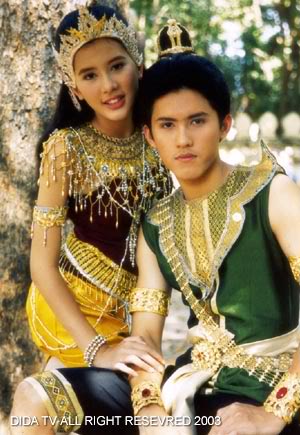 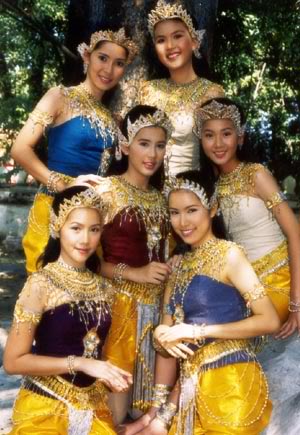 The reincarnation generation of Rothasen and Monora. Rothasen is reborn as PraSutton and Maree is reborned as Monora, but she is a Kinaree. Ever since little, they often dream of meeting one another, but Monora's mom and dad fears for their daughter, so they asked a fortune teller(or something) to come in and help fix the problem. The fortune teller came in but he can only stop their dreaming of each other for 7 years. Prasutton and Monora grew up and they were able to see each other in their dreams again for a bit. Vilai has liked Prasutton ever since they were small and always treat him nice. PraSutton send out a guy to go to the land of where animals can talk. The guy got there and met a Pra rusee. He asks about Mornora and the Pra Rasee tells him that he'll tell him how to catch her but then it's only b/c they were fated to be. The guy is able to catch Monora with the dragon rope and bring her back to PraSutton. They met and she kept calling him Rothasen, but he tells her he'll be her Rothasen. Monora stays with PraSutton but PraSutton's mom and Vilai is against her and doesn't like her at all since she's half human and half kinaree. Whenever PraSutton is away, they would try to make Manora leave by beating her or whatever, but Monora would always come back to PraSutton. One day PraSutton left to go fight in a war, the King had a bad dream and asked the Fortune teller. The fortune teller, being bribed already by Vilai and her father, tells the queen that they must use a human who's half bird to sacrifice. SO they were going to burn Manora as sacrifice, but Monora begged to dance before they were going to burn her. So they agreed and let her. She danced and danced and when she had the chance, she flew away. PraSutton came and saw her flying away.

PraSutton decided to go after her just like how she had prayed about him in the previous generation before she died stating that in the next life time He will have to follow her just like how she followed him. He followed her and met the Pra Ruesee. The Prarusee says that Monora passed by and told him to tell what PraSutton had to do to get through the obstacles and to be able to go to her kingdom. Monora reached her kingdom and was being force to marry a Kinaree guy as well, but ask for the marriage to take place in 7 days....