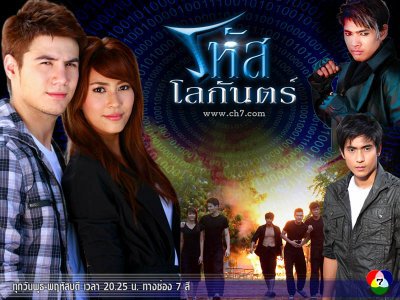 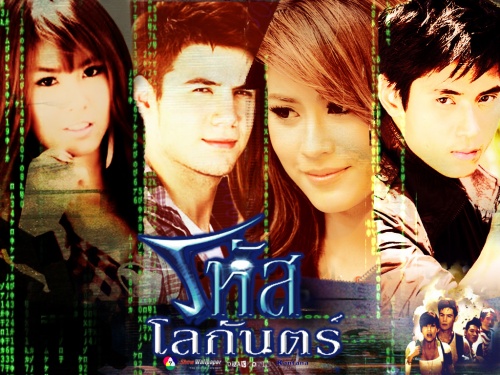 "Rahut Logun" is the sequel to "Yeuy Faa Taa Din". The lakorn introduces Dan (Stefan) as a computer whiz; Irin (Jui), Pisoot (Arnus), and Mark (Au) as doctors, and Assanai (Thun) as a navy officer. Back in his university years, Dan and his friend is assigned a project--- to make a unique computer. Some flashbacks show them working together as a team but his friend actually betrayed him and took all the credit to himself when the school announced the winner. Dan got mad and tried to beat him up so he was kicked out of the university. After getting kicked out, Dan befriends Jack and Jiew and lives his life as a criminal who is paid big bucks to steal various worthy items for various people at various places. The friend who betrayed him, became a famous computer genius who was later hired by Thepee (Ae) to program some secret codes in a computer. After successfully doing the programming, he finds out that Thepee is part of the Insee gang. He accidentally discovers their secret and decides to turn them into the police. In "Yeuy Faa Taa Din", the Insee gang were famous for their murders and super powers but fell apart in the end after their leader, Meka, was killed. In "Rahut Logun", the Insee gang makes a comeback with a new leader, Thun Devil (Arnus). On the outside, Thun Devil is recognized as Dr. Pisoot, a humble, intelligent, and nice man that does good deeds for the society but no one knows about his true identity. Irin and Mark are Dr. Pisoot's best students and they both look up to Dr. Pisoot as their role model but they have no idea that Dr. Pisoot does evil things. With that being said, Dan's friend puts the Insee gang's secrets into an iPod touch, gives it to Dan, and tells him to turn it into the police. The Insee gang hunts him down and kills him but Dan already has the iPod. Because Dan is a wanted criminal, he is scared to turn the iPod into the police. Next thing, the Insee gang is going after Dan and his friends to retrieve the iPod. While they are on the run, one of Dan's friends gets killed and one gets shot on the arm. When they realize Jack is shot, they try to find a doctor to take the bullet out and they run into Irin. Since then, Irin is forced on the run with Dan and his friends for their dear life. No matter where they go, the Insee gang always catch up. After being on the run for a couple of days, Irin, Dan, Jack, and Jiew end up stranded on an island. There, they meet Assanai (Thun), a former navy officer who was fired from his job because they thought he was crazy. Assanai actually went through and saw some horrifying things in the past while on duty--- zombies. When he tells other people about, they don't believe him so they just assume he is out of his mind. So, Assanai lives on an island by himself until he meets Irin, Dan, Jack, and Jiew. When Assanai meets them for the first time, he saved them from the Insee gang. Irin, Dan, Jack, and Jiew befriend Assanai and learn about the Insee gang. They all come up with a plan to take down the Insee gang and thus, the action begins. While they are on the run and working together to destroy the Insee gang, Irin and Dan begin to develop feelings for each other. But soon, they find themselves working with Nat (Peak), a mafia's daughter that likes Dan. While their love triangle mingles with their plan, Irin decides to leave the group and return to her work as a doctor again. Not long after, Irin witnesses Dr. Pisoot doing odd operations on dead patients in the middle of the night. After all, Thun Devil is Dr. Pisoot for a reason. He performs the operations to collect human organs for his creation of zombies...