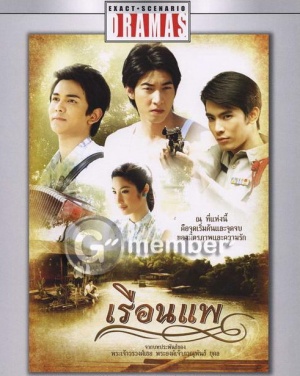 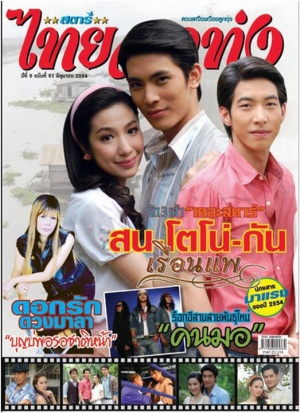 In “Reuan Pae (The Houseboat)”, nang’ek Pen has to chose between 3 close friends who are renting her father’s houseboat. The guys are:

She likes Kaew, but Kaew is not up to her father’s standards, he’s an uneducated boxer with no future. Chen seems more promising than both Kaew and Rin, he’s educated and will be a police officer with a stable income. Her father would only allow Chen to pursue and date her. Because they love Chen, Kaew and Rin make way for him to pursue the woman they both love. No hard feelings. They can’t get the girl, they direct their efforts to other things such as pursuing their dreams. Kaew applies to enter a boxing camp, Rin finds a job at a radio station.

Just as things are going well, Chen has to leave for the police academy as part of his training to be a lieutenant . He tells Kaew to take good care of his girl Pen when he is away. Kaew agrees but one stormy, thundering night, something happened between Kaew and Pen that will change the course of Kaew and Chen’s relationship and everyone around them. They had an affair. He comes back from training and he finds his best friend with his girlfriend–worst friend betrayal ever.

it is sad at the end because kaew fell into the water and then pen went after him .she found him and tried to save him but then she know it was too late .she didnt want to love another guy she she stayed into the water and died with the person who she loved . she tried everything to make kaew come bac to life but sadly it didnt work she died into his arms . when the people found them they know it was too late both of them had died and when they tried to move kaew body but pen hand was stuck to kaew hands the police tried to separate them but then chen said let them be together and they r in love dont destroy thier love again let them be in peace . if i was u please watch this film it is really good and i loved watching this !!! by mee chaithip