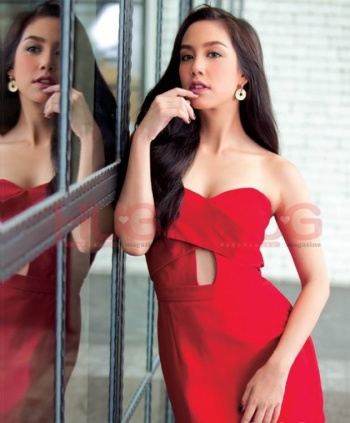 Airin was born into a wealthy family, but she wasn't spoiled. Her dad works for Thai Airlines, so she traveled a lot when she was a child. After her father passed away her mother began taking over the business selling airplanes and helicopters. Prior to casting for lakorn, Airin had been modeling at events which earned her some money. Later on it was Jieb Sopitnapa Chumpanee and Aom Phiyada Akarasenee who helped Airin start her acting career. Both of them suggested that Airin go cast for a lakorn with Exact, which landed her a role in Kaew Lorm Petch. Airin likes to eat everything, but the two things she won't eat are fruits and vegetables, she said she's afraid of them and she doesn't even eat a tiny piece of it.