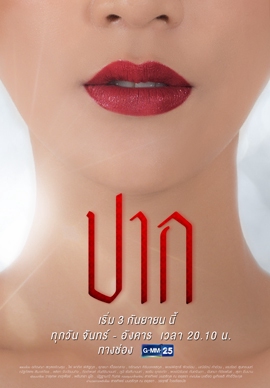 Mayrai, a plain chinese looking girl, started to work at a law firm after graduation. She works there awkwardly because of her workmates. They're foul-mouthed and are always mocking each other with dirty jokes and some often criticize her. She starts to have a crush on Urot as soon as she saw him. He's a handsome and smart guy but people say that he's picky about his lover and that he dumped many women. Mayrai met him at his clinic when she needed treatment for her rash, but later she secretly heard him saying that she annoys him. Urot falls in love with Roi, sister of Mayrai's boss, who just came back from England. She is a beautifully chic woman and just as foul-mouthed as her workmates. She loves to be a star and to party. Roi might seem like a great and smart woman, but she's actually undependable. She doesn't like hard work and tries to avoid it. She's only dating Urot because of his money. Mayrai later gets involved with Tong, brother of her boss, because he's honest and outspoken. Sometimes, people don't like to talk to him for this, including Mayrai but she thinks he is pleasant. Initially, they met because of her boss, but because of circumstances they start living in the same apartment. (Source: MyDramaList)