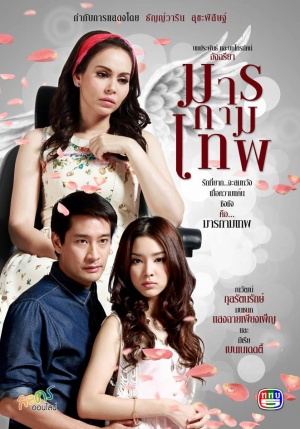 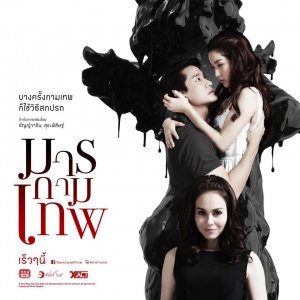 A man takes revenge on behalf of his handicapped sister by seducing the only daughter of the man who injured his sister.

Petch is an engineer that Namneung falls in love with ever since she was still in high school. She is very happy when Petch tells her that he loves her and asks her to marry him, but Namneung's parents (father-Kriengsak, mother-Daranee) don't agree because they have a different social status. Phak (Namneung's friend) is very sad because he secretly loves her and does not pay attention to other women, but Alice loves him.

Even though Numneung's parents don't agree, they get married and Petch takes Numnueng to his house. There, Nam Neung meets Taptim (Petch's mother) & Ploy (Petch's sister). They seem unfriendly and cold to her, especially Ploy. Ploy looks as if she hates Namneung from the first second that they meet. Namneung tries not to pay attention to it because she feels bad for her since Ploy is disabled (lame).

One day, Ploy brings Rotjana home and tells her that Rotjana is Petch's wife. Namneung is shocked and very sad to know this. Petch tells her that Kriengsak (Namneung's father) had raped Ploy. Her father wanted to hide his fault so he drove his car to hit Ploy and disabled her. He says that Daranee (Namneung's mother) hired a man to attack Ploy. Petch says he has never loved Namneung. He has done everything just to convince her that he loves her. He only wants revenge with her family for what her parents has done to his sister, but because of the love that Namneung has for him, it gives her the patience to stay there and not run back to Bangkok.

Petch, Ploy, and Taptim hurt Namneung physically and mentally, especially Ploy. Potchanee (Rotjana's sister) is the only one who sympathizes for Namneung because she knows that Petch and Rotjana don't have a real husband & and wife relationship, but she can not tell Namneung because Ploy is her benefactor.

Nuan (a maid of Namneung's parents) comes to visit Namneung, but she is shocked when she meets Taptim (because in the past, Nuan brought her baby boy to Taptim to help take care of her baby because she needed to escape a murder case). Nuan is very happy to know that Petch is actually her biological son, but she is shocked to know that Ploy is Taptim's daughter. Nuan knows the truth that Ploy wanted to be Kriengsak's wife, but he rejected her because he is a family man. Ploy was very angry so she intentionally walked into an incoming car and the accident disabled her. Ploy put the blame on Kreingsak and Daranee. Her lies caused Petch and Taptim to misunderstand the situation and causes Namneung to be the one who is the receiver of this revenge.

When the truth is disclosed, Petch is very sorry that he had hurt Namneung.

So what will he do when he finds out that Ploy, whom he thought was his sister is secretly in love him? Ploy is not someone that he should feel sympathy for, but she is actually the devil to everyone around her. She is the devil(marn) and not the cupid(gamathep) in his love. cr to pongandaom.blogspot.com