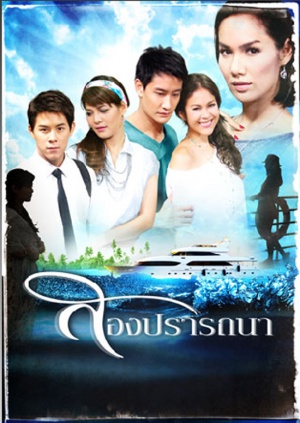 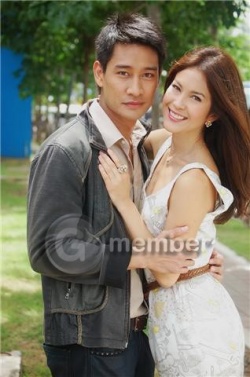 Song Pradtana is the story of two women who happened to have the same name and last name, neither side knows that there is another person who has the exact same name. Both of them lives their own life, thinking that in Thailand, there's only one person with this name and last name. Everything would have gone as usual if one of them didn't mysteriously die suddenly. The other one finds out that her bank account, in which she had millions, has been closed by someone. What she has never thought possible before happened, she will then look into who the other person was.

Pradtana Taratong or Nueng gets married to Tee Yot because of her father Pongpon wishes. Nueng's father and the owner of Tabanahat Tara resort is Teeyot's benefactor so he marries Nueng even if he didn't love her. But, on the wedding night Nichada the ex girlfriend of Teeyot appears to ask for a job because her husband has passed away. Because of pity Tee Yot allows Nichada to stay at the resort as his personal assistant.

Ratree who is Nueng's close servant doesn't trust Nichada because of her strange behaviors so she asks Nueng to look into it. Nueng goes and find a travel luggage filled with money in Nichada's room. Nueng then goes and research Nichada's background only to find that she was the wife of Peytoon the secretary of a powerful politician. Peytoon was recently found dead with the amount of 50,000,00 Baht Missing.

Nueng intended to reveal her discoveries to teeyot, but Nichada is aware of this so she tries to kill Nueng. Her plan to kill Nueng fail because Feuang comes to see this and saves Nueng. Nueng is so shocked all she could do was ramble. This causes Feuang to believe that Teeyot intended to kill Nueng. Feuang then takes Nueng's clothes off and puts it on Ratree (Nueng's Servant). Ratree was killed in an accident while looking for Nueng. This was so that people including Teeyot would believe that Nueng had already died.

A midst the confusion Nueng runs away and meets young police officer Saarit. Saarit sees that Nueng has a psychological illness and takes her to his best friend Surachat and His younger sister Wannalee who works in a psychological treatment facility.

Even though Teeyot is suspicious of Nueng's death he is unable to do anything because a hurricane had damaged the resort severely. He needs money to repair the resort so he closes down the bank account of Pratana Taratong which belongs to Bpla a woman whose first name and last name resembles Nueng's entirely. Bpla asks her best friend Wanalee to go with her to the resort to claim her money back from Teeyot. But once they arrive there they find out about the suspicious death that occurred.

Bpla starts to find out things slowly and becomes closer to Teeyot. The two then develop good feelings for one another. Nichada who is envious and paranoid begins to put Bpla in danger and scenarios so that Bplaa will believe that Teeyot is behind it. Wanalee then begs Bpla to return to Krung Thep for their safety.

Saarit begins to fall in love with Nueng and searches for her identity along with helping her recover. Bplaa who went to visit Wannalee accidentally dropped a photo of Teeyot. Nueng sees the photo and goes irate. Bplaa is then suspicious and believes that Nueng has to know Teeyot. Bpla then goes to find the truth from Poom who is the closest person to Teeyot. Bplaa then finds out that Nueng is Teeyot's wife. She also figures that Teeyot is the one who is behind the murder of his wife. She goes back to the resort in hopes of finding evidence against Teeyot. Nueng who is also beginning to feel better also goes back to the resort. Will this create the opportunity for Nichada to rid of both Pradtana's for good?

Credits to Tina aka KhoOnxNouxWanxJai