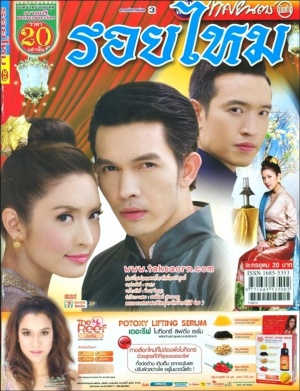 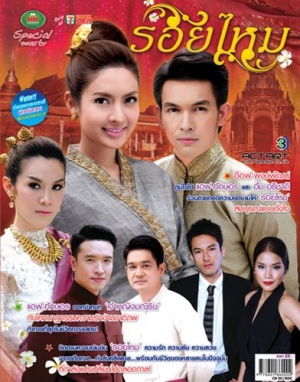 Rerin, the textile professor goes to take vacation in Chiang Mai because she wants to have time to think over about her relationship with Thanin, her fiance.

On her vacation, she meets Suriyawong, the owner of The Chang Restaurant in Chiang Mai who descends from the prince and Grandma Bua Ngern. Suriyawong falls in love at first sight with Rerin and feels like she's someone who he has longed for. However, Wongprajan, Suriyawong's relative and the owner of Le Laos Restaurant comes in to obstruct their love and declare herself as his fiancee.

And then, the mysterious thing begins when Rerin hears a mysterious guy calling for her from outside her room in the guesthouse. She wonder how he knows her.

Rerin wants to learn more about the textile, so Suriyawong takes her to talk to Mom Bua Ngern, his grandmother. But when Mom Bua Ngern sees Rerin, she acts like she hate Rerin and calls her Maneerin. Rerin also sees a spirit of Mei, Mom Bua Ngern's servant ghost in that place, but when she tells anyone, no one believe her.

One day, Rerin goes to visit the textile museum ands see the unfinished fabric on the loom which belongs to Princess Maneerin. She meets a mysterious guy who actually is the spirit of Prince Siriwattana, the prince from the past, who has been there to wait for her for so long. He asks her to finish weaving the unfinished fabric and Rerin is willing to do it.

After Prince Siriwong dies, Maneerin is very sorry. She refuses to eat or do anything, but just weave the fabric in her room. Prince Siriwattana is very angry and tells her to finish this fabric before the wedding day and wear it in their wedding. But Maneerin intends to finish it to strangle herself to death in her wedding day. During the time she weaves the fabric, Mom Bua Ngern comes in to attack her. Maneerin doesn't have strenght to fight back, so she dies in front of Prince Siriwattana.

In the present life, when Rerin knows the story, she tries to finish this unfinished fabric to release the spirit of Prince Siriwattana to be in peace. However, Mom Bua Ngern still has grudge against Maneerin or Rerin in the present, so she tries to kill Rerin, but Suriyawong can come to help her in time, but she becomes paralyzed because of brain stroke.