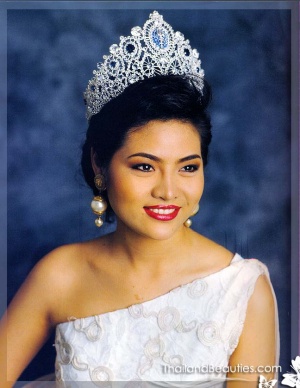 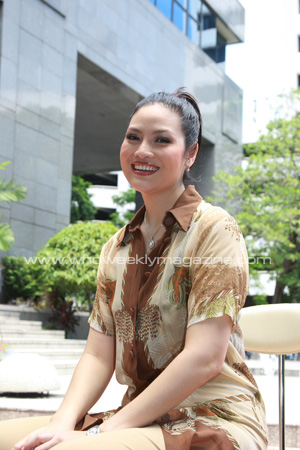 Orn was one of the seven kids from a poor family. Her father worked as a tuk-tuk driver and a contractor while her mother sold potatoes and taros. Orn’s mother was also a janitor at a private company, while Orn helped out by doing laundry and cooking. She had to save the water left over from cooking rice to mix it with salt to eat with rice the following meal. Orn received a scholarship from World Vision Thailand in Grade 4. Orn graduated from Chiang Mai’s School of Dramatic Arts on the scholarship, and began to earn extra money for her family when she was in Grade 8. Orn also worked as a freelance dancer at Chiang Mai’s Cultural Center helped pay for her educational materials and some family expenses. The helps from World Vision Thailand gave Orn somewhat like a ladder for her to steps into the position of Miss Thailand 1992 and have the opportunity to graduated at Chulalongkorn University, Thailand, of Fine Arts. Orn has 2 sons and 6 adopted children, 3 by her and 3 by her husband.