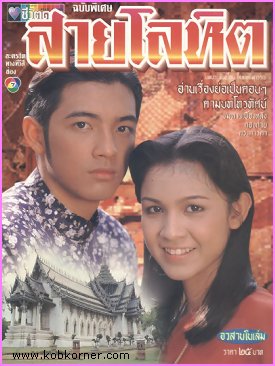 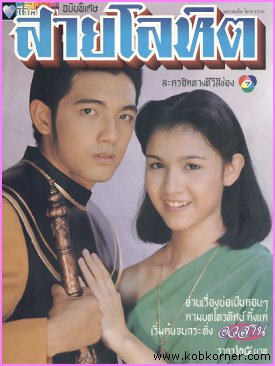 Krai comes from a family of soldiers and has spent most of his life fighting in battles and wars for his country. Dao is the youngest daughter of a prominent village chief, who is very curious and happy go lucky as a youngster. Krai's older brother marries Dao's older sister therefore sealing the connection between both families. Krai meets Dao as a young girl whom he spends a lot of time taking of by buying her toys and taking her on village outings with him to the market. On the side, Krai's younger sister is being pursued by the local pervert whom she likes in return. As a result of their courtship, Krai's sister marries the pervert, who is having affairs with every woman that passes him. Krai and his older brother are called away to defend the border and he promises Dao that he will return to take care of her always as an older brother.

In the meantime, years later, Krai's sister dies of a broken heart when she realizes how useless and adulterous her husband really is. Krai comes back to realize that Dao has grown into a young beautiful maiden. The pervert husband is also trying to seduce Dao and often fights with Krai over her in public. Krai sees how wonderful the little girl he doted on has grown up and eventually the good feelings that both had for each other from years ago resurfaces into true love. Krai and Dao get married but before their wedding night, Krai is assigned to a station on the borderlands and is forced to go before he and Dao can consummate their love. All of this, of course, has been arranged by the pervert husband to get Krai away so he can try to rape Dao. Krai eventually makes it back to Dao after many long battles.

Eventually their country is invaded by the enemy and both Krai and his older brother's families must escape in order to survive. Their loyal servants also try to escape but alas they are all caught and brought into concentration camps to put to work. Dao finds out she is pregnant while working in the camps but Krai doesn't know. Dao and Krai meet secretly in the woods while he is out gathering wood and Dao's trusty servants create distractions. They hatch a plan to escape and succeed in doing so. Krai and Dao meet up with other rebels trying to retake their country and he leaves Dao once again to fight. When Krai and his rebels are victorious in taking their land back, he rushed to tell Dao. This is when he realizes that she was pregnant the whole time and they dream of rebuilding their land, homes, and lives.