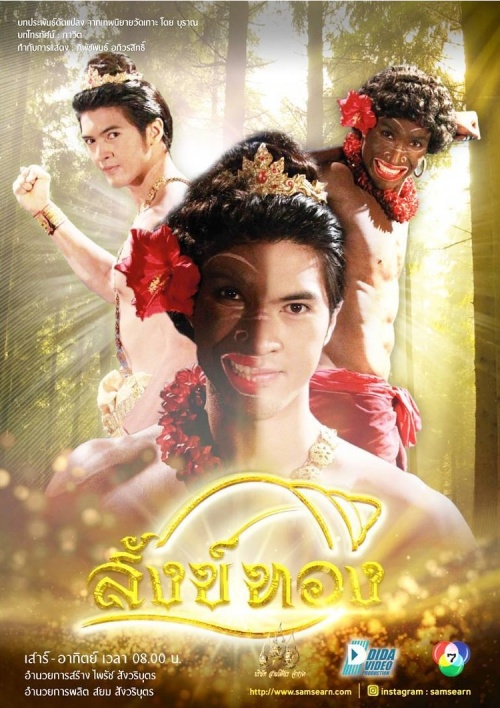 Queen Juntayvee gave birth to a shell, which Concubine Junta took the opportunity and convinced the king to kick Queen Juntayvee with her shell out of the palace. Five years later, Queen Juntayvee's son came out of the shell. Concubine Junta heard the rumors of the little prince came out of the shell and sent soldiers to kill the little prince. The soldiers captured and threw the little prince, Pra Sung, into the sea. Pra Sung was saved by the Dragon King and got adopted by the Giant Queen. When Pra Sung grew up, he discovered that his adopted mother is a giant so he ran away in the fear of being eaten by the giants. Pra Sung left the Giant Kingdom with a black mask that can turn him into an ugly jungle man. He came across a kingdom of where 7 Princesses were choosing their to-be-husband. Rotjana, the youngest princess, saw the handsome Pra Sung inside the ugly jungle man and choose Pra Sung to be her husband. Later on, Pra Sung went to find his birth mom and to save his birth kingdom. (source: mydramalist)

Give your own synopsis or get it from somewhere. If you get it from someone/some site/somewhere. MAKE SURE YOU GIVE CREDIT. Very important. If someone else want to give another review just write it under the other synopsis.