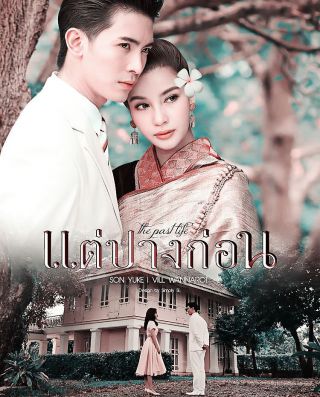 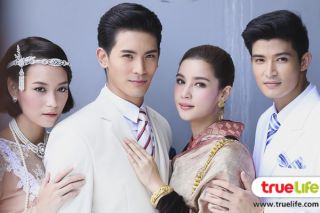 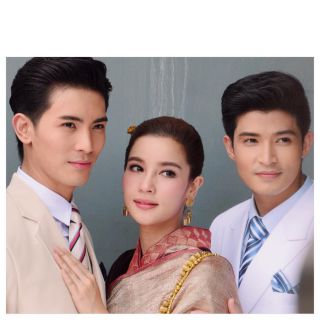 Tae Pang Korn is a meaningful story about love and its torment. The story begans when Rachawadee (Ann) started her career as a teacher at a famous school,located near the remorse palace of the royal family. In the car, on the way from the main gates, she sees a handsome man dressed in a white suit watching her from behind the trees. Rachawadee felt strange as she looks into his eyes but ignored it. All the teachers at this school shared a dorm near the palace.The first day Rachawadee slept in the teacher's dorm she dreamt of the remorse palace. Someone was quitely calling out her name until she awoke. She saw the palace through the window of her room. Eventually she entered the royal family's palace. On the wall to the left of the door, there was a portrait of a woman who look like Rachawadee. She later discover that the portrait was the painting of Chak Nang Noi, the bride of the owner of the palace. Chak Nang Noi was a beautiful princess from the Kingdom of the Laos. Although she was a royal princess she was not akcnowledge because she was not from the Royal Thai family. Chak Nang Noi was visiting her aunt who was also the concubine of the Thai king. The prince, Than Chai was enchated by Chak Nang Noi's beauty and her beatiful heart. As a evidence of his love, Than Chai compose a beautiful song titled Lao Man Kaew and ask for Chak Nang Noi's hand in marriage.Than Chai's mother wanted him to marry a royal Thai Princess named Ying Tham instead. She hated that Chak Nang Noi was Laotian and not Thai. The upset Thai Princess and Queen sought after to find trouble for Chak Nang Noi. Despite all the trouble Than Chai continued on with his wedding and built by the side of a lake, a beautiful white palace as a gift to his Laotian wife. On the night of their wedding, happy to have married the woman of his dream, Than Chai walks in to find his new bride poisoned and her life quickly withering away. As he held her for the last time, Chak Nang Noi promised him she will always be his no matter how many lifetimes she has to live.

After the Death of Chak Nang Noi, her name was never spoken of again. Her murder left unsolved, her belonging burned and her servants kicked out. The palace was left with a dreadful atmosphere. Many people spoke of the cursed royal family. Furious with the unsolved murder of Chak Nang Noi, the King left the Palace and died in another city. Prince Than Chai also grew sick and died with a broken heart, calling Chak Nang Noi name until his last breath. The Queen, left alone, grew lonesome and died a tragic death. The Thai Princess, though didn't die, lived a long and empty life.

Rachawadee met the man she saw the first day she came in through the gate. He tells her of the story of the the royal family and all their pain. Rachawadee later discover the he was a ghost roaming the palace. But he wasn't just any ordinary ghost, he was the ghost of Prince Than Chai, tormented and still waiting for his Chak Nang Noi to return. Rachawadee was moved by the murder of Chak Nang Noi. She was determined to find out who murdered Chak Nang Noi. But with this determination she embarks on a dangerous and heart-aching journey.

Was Rachawadee really Than Chai's Chak Nang Noi? And if she was, how could they ever be together. How many more lifetimes did they have to be tormented before they could be together? Credits: Tae Pang Korn (2005)