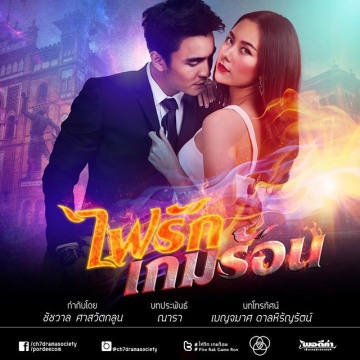 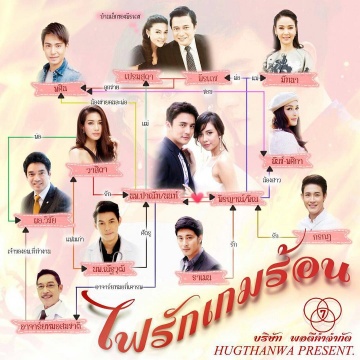 Piraya (Sammy) is the oldest daughter of Peeradayt and Mattana. Her father works as a government official while her mother owns her own jewelry business. Panat (Thanwa) is the oldest son of Preemsuda who works as a secretary for Piraya's father. Piraya and Panat are lovers who decided to get married quietly in a plain and simple wedding in Spain. After their honeymoon, they both returned home to find that Pasin (Prach), Panat's younger brother, was staying with Pasika (Cat), Piraya's younger sister. The two had fallen in love with each other. However, Panat carries the burden of a deep, dark secret that he cannot reveal. He was so stressed by it that he decided to tell Pasin the truth. Pasin cannot love Pasika because Pasika is his half-sister. Their mother had secretly been the mistress of Piraya's father for a very long time. Therefore, Pasin is the illegitimate child of Preemsuda and Peeradayt. As for Panat, he is fathered by a different man. Nonetheless, their secret did not remain a secret for long after Piraya and Pasika found out that Pasin had the same last name as them.

Piraya was deeply angered at Panat for keeping the secret about his mother being her father's mistress from her. This had gone on for a very long time. For that reason, she decided to sever ties with him. Afterwards, Pasika called her mother in Bangkok to tell her about the incident. Mattana then went on to vehemently confront her husband and Preemsuda to the point where she went into shock and became insane. Pasika could not accept the current broken state of her family so she ran away from home and disappeared without a trace. Their father then went on to abandon their mother and moved in with Preemsuda. He despised Panat for having relations with his daughter, which eventually lead to his secret being revealed. In order to get away from their current problems, Panat and Pasin decided to further their studies by going abroad while Piraya had to look after her mother and her family's failing jewelry business all on her own.

As time passed, Mattana fell ill. Her once prosperous jewelry business began to lose profit. In addition, Wiwat, their business rival, managed to convince almost all their talented jewelry designers to leave and work for them. As for Panat, or Doctor Non, he had finished his studies and came back to become one of the top heart surgeons in Thailand. This caused many women to be interested in him, including Wasitha (Ice), the daughter of the hospital's director. Wasitha decided to cut relations with Doctor Nuttawut (Big) after falling for Panat.

While Wasitha does all she can to conquer Panat's heart, Piraya refuses to accept his worries towards her because she's enraged that he is the son of the woman who ruined the happiness of her family. In the end, Panat agreed to marry Wasitha while Piraya struggles to manage her family's jewelry business, which is on the verge of going bankrupt. Her home is also being seized by the bank after she used it to secure a collateral loan to help pay for mortgage. In addition, her mother's condition remains unchanged while Pasika is no where to be found. This caused Piraya to become very angry about being neglected. She then decides to take revenge on everyone who broke her family apart.

On Panat and Wasitha's engagement day, Piraya appeared to disrupt the ceremony by announcing that Panat is her husband because they had gotten married in Spain. Because Panat still very much loved Piraya, he decided to leave the engagement ceremony with her without caring about what others thought. All he wanted was to live his life with her as husband and wife. Just loving and being with her is enough for him. However, he was unaware that this was just the beginning of Piraya's plan for revenge. Piraya will set out to avenge Panat, Preemsuda, and Peeradayt. How cruel will her revenge be? Tune into Fai Ruk Game Rorn to find out.