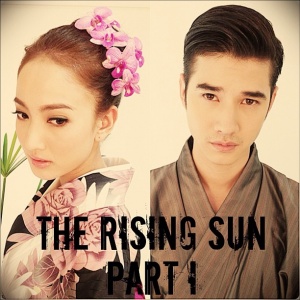 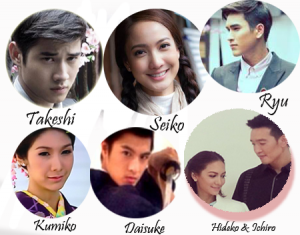 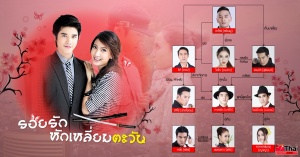 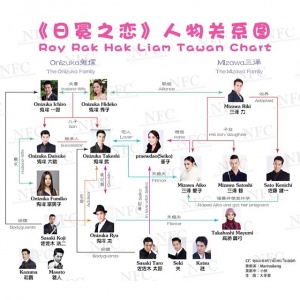 "Roy Rak Hak Liam Tawan" is the first story of The Rising Sun series is about a Thai lady name Praedow/Seiko (Taew) who just got a scholarship from Japan for her master. Praedow's beauty impressed Takeshi(Mario), the second son of a very powerful family, Onizuka. He kept follow her but never approached her. Finally, Ryu (Nadech), Takeshi cousin helped him to talk to her and their relationship started. As soon as Praedao found out that Takashi & Ryu were member of gokudō, she was scare and distances herself from them and told them to leave her alone. Takashi didn’t gave up, every day he’d go near Praedow’s class and watch her from distant. The problem is Takeshi already have fiancé, and complicated start when his dad and brother died from a car bomb, he had to become an Oyabun(Souryo) the head of Onizuka's gang, but he announced he will not marry his fiancé (Aiko) until he revenges his dad & brother’s death. However, Aiko (Pat), his fiancé found out that he was in love with Praedow so she order the gangster to kidnap her then Takeshi went to rescue her and problem's begun once he took her in and announced that she is his mistress...As he is becoming the head of the family, people are attacking his weakest point, his love one. She becomes a prey and a mark for all his enemies. What will Praedow do? Will she stay with him? What about Takeshi love for her? 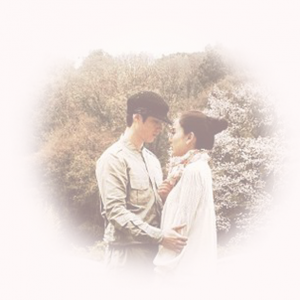