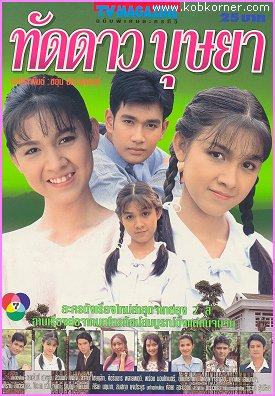 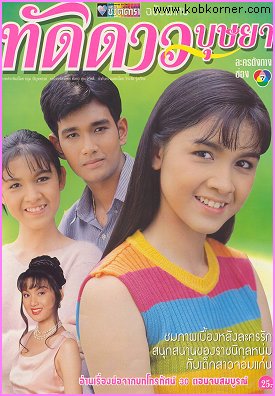 Tad Dow (Kob) is a girl living with her mother and a nanny in Chaingmai (one of a providence in Northern part of Thailand). She doesn't have a father. One day, there is a man going to her high school to tell her that he is her father. He tells her that her mother ran away while pregnant because she was mad at him for marry another woman by the order of his mother. He is a rich man. He tells Tad Dow that when he dies, all of his property and money will belong to her because her mother is the legal wife. However, Tad Dow has to take a good care of her half-siblings then he left. When Tad Dow gets home, she asks her mother about the truth. Her mother tells her that her real last name is actually Busaya. However she tells Tad Dow not to continue contact with her real father. __HIDER__

<hide> Tad Dow's mother is a addicted gambler. She borrows a lot of money from Jao Yai, the millionaire in Chaingmai. When Jao Yai sees Tad Dow, he wants to marry her. He talks to her mother that he won't collect any debts that she owes him if she allows him to marry her daughter. Tad Dow's mother is very happy to hear that. But when she tells her daughter, Tad Dow refuses saying that Jao Yai is too old for her and the most important thing is that she doesn't love him. Jao Yai is a widow with a son named Jao Yord Kwan (Egkarat) or Jao Noy (noy means small, while yai means big). Jao Noy doesn't want his father to marry a younger girl. He thinks that she accept the marriage because of money. He has a hard fight with his father so he decides to run away to Bangkok with his servant.

Meanwhile, Tad Dow cannot change her mother's decision so she and her nanny have a plan to run away to go to see her father in order to ask for money to pay Jao Yai. However, Tad Dow is a girl; it's very dangerous to travel by herself. Her nanny tells her to cut her hair and disguises herself as a boy. Coincidently, her nanny and Jao Noy's servant are lovers so her nanny asks her boyfriend whether she can go along with him and takes a boy with her. When the servant asks Jao Noy, he doesn't say anything.

But when Jao Noy first sees Tad Dow, he has doubt that she is a girl. However Tad Dow tries to lower her voice down and tells him that her name is Sutad. She also tells him that she wants to act more like a man, but nobody in her family teaches her how to do it. Jao Noy tells Sutad (Tad Dow) that he will try to teach her to become a real man. Four of them travel by boat. Jao Noy says that he will go to his friend's house. And his friend's house happens to be Busaya's House. His friend is a brother of Tad Dow's step mother.

When they get to the house, Tad Dow finds out that her father had passed away leaving the house to her step mother. Her step mother is afraid that her husband legal daughter will come to take over all property and money that are once belonged to her husband. She has ordered not to let any girl come close the house. Fortunately, Tad Dow disguises herself as a boy. Her step mother has 2 children, one daughter and one son. Her half-sister hates Tad Dow very much but her half-brother loves her very much. The truth behind this story is that Tad Dow's step mother was pregnant with another man before marrying her father. So her half-sister is actually not her real sister. Her half-brother is her real brother.

In the end when everything is clear, Tad Dow gets all the things that belong to her, but she doesn't want it. She loves Jao Noy more than anything in the world. He helps her since she was pretended as a boy in order to find her father's will. When Jao Noy finds out that Sutad is actually a girl, he is very mad. He thinks that he is so stupid not knowing that the boy who slept on the same bed with him is a girl. But later, he finds out that he loves her since she was a boy and when she is a girl, he loves her even more. In the end, they understand each other and admit that they can't live without each other. The End