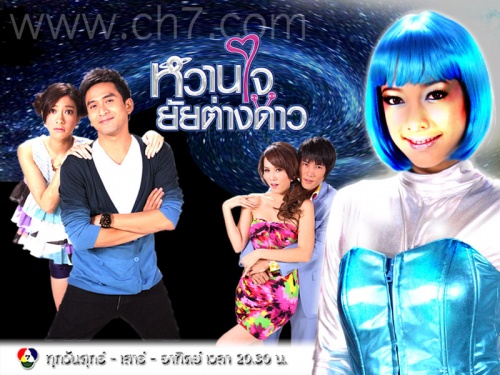 V4 is an alien, while Tom is a human, and they both fall in love. But what happens when she cant stay on earth?W hat about Tom's girlfriend? Who well he choose?Watch this comedy and enjoy! If someone else want to give another review just write it under the other synopsis.

Some people say that love has no barriers, but what if the person is not from this world? 3 male aliens, V1, V2, V3, and one female alien, V4 of Planet #75 go to visit Earth. There V4 meets Tom and falls in love with him. However, Tom must choose who will be his girlfriend: V4 or Dujdao a pop star on the rise. If the plot couldn't thicken more, what will happen if V4 can't stay on Earth? Can love between a human and an alien happen? Tune in and find out!