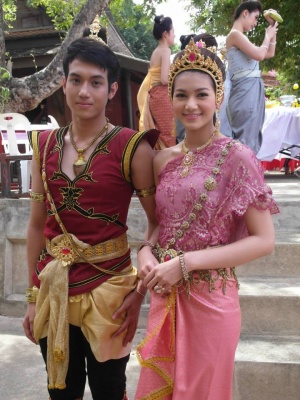 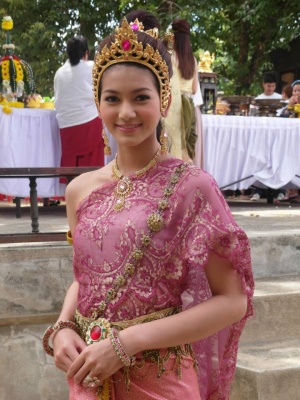 Yorpraklin is a demigod (half human/half god) who lived inside a bamboo with her adopted brother who raised in place of her parents. Her mother and father were punished by Pra In because they went behind his back and did the wrong thing (which was fell in love and had a child). Thus, they had to leave their beloved child and went to heaven to receive their punishment. Manee Pichai is a prince who will come and save this damsel in distress and take her to his Kingdom to make her his wife. But, the problem laid in the Mother-In-Law who will do whatever it takes to get rid of Yorpraklin whom she and many people believed to be just a "lowly citizen." But instead, her birth will shock everyone because she is the Granddaughter of another Kingdom and also a Demigod. Considering her birth, Yorpraklin is superior than any other human being.

Because the MotherInLaw didn't like Yorpraklin as her DaughterInLaw, she slandered Yorpraklin until she was banished from the Kingdom to receive death penalty. As a result, she was saved and she later returned disguised as a Brahmin aka Pram with the help of her father to seek vengeance on the people who tortured and slandered her.