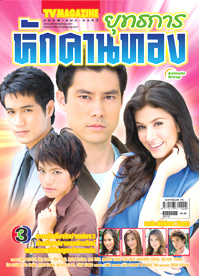 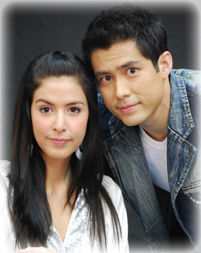 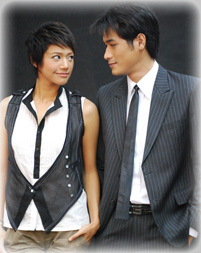 Noon and Rita are best of friends. They live together and work together. Rita is feminine and has rather romantic notions of marriage. She is in a long term relationship with Mart, who is a cop. She is, at times insecure, and wants a marriage proposal from Mart. Mart is hesitant because he is a cop and his lifestyle is still unstable. Their relationship meets more obstacles when Mart's old girlfriend returns.

Noon on the other hand, is not looking for love. She's a bit of a tomboy, head strong, and is often Rita's protector. She's been hurt in the past. Noon was in a relationship in college, but her boyfriend, Rome, left her without knowing why. Suddenly Rome returns and he seems to want a second chance, but is held back because he is to engaged to his benefactor's daughter. It turns out that his parents died, forcing him to leave school. He was only able to rebuild his life with the help of his benefactor.

Jealousy, drama, and a whole lot of comedy ensue as each couple tries to get together. Ultimately, it's Noon and Rita's friendship that shines through because each is unwilling to marry and leave if the other is alone and unhappy. And so, their only solution is to somehow make it a double wedding.