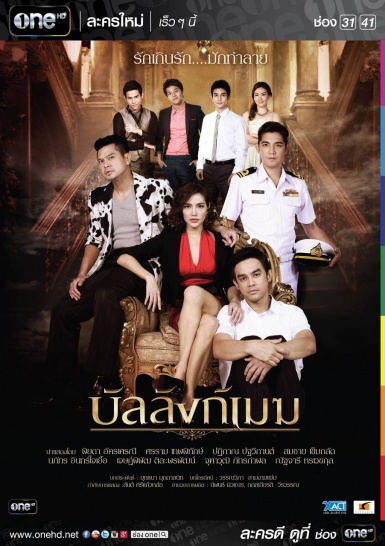 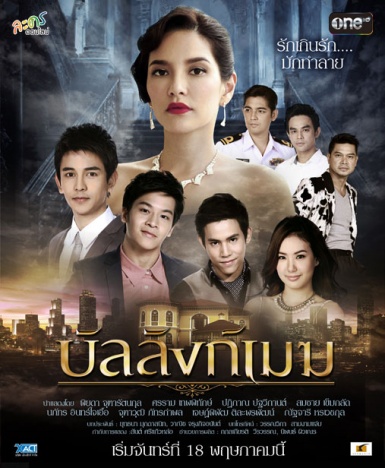 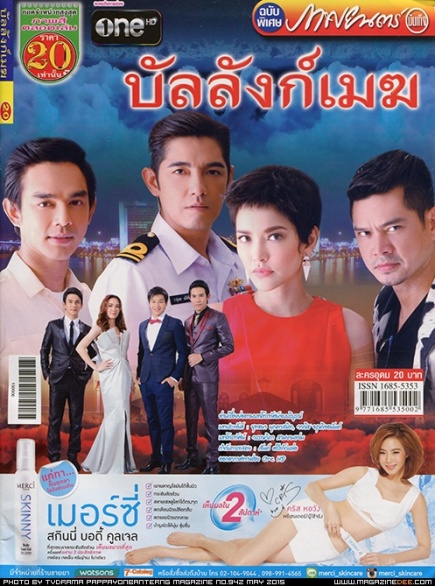 Kongkwan's company wasn't in good shape during the time when Panrung had Chunam to helped managed the company. Behind the scene no one knew Chunam is a addicted gambler. He used the money to do illegal stuff for his gambling's debts. Bad luck was on his side, his men was captured, because a foreigner man got murdered. Due to strong evidence against Chunam, Chunam was sentenced to 20 years in jail. Panrung regret to be deceived by her husband who she loved. She repented that she didn't believed her mother from the beginning, but it was too late. Samurtaewa Dueng Rueang company went bankrupted when Panthep Direkeithiya (Jes) her first born child was born. However her mother Kongkwan died from broken heart and heart disease. Panrung went bankcruptcy, her house that she grew up got taken away. Panrung and her child got displaced from their house after her mother's funeral. She promised herself that her child must have the best not go down hill like her.

Giet Rupraman (Mos Patiparn), the loyal driver's son of kongkwan, who had fallen in love with Panrung since young. He took Panrung and Panthep to stay at his house, but his mother doesn't like Panrung due to her behavoir and have problems often. Panrung stayed with Giet 'til she has a son with him named Prok (Gun). Panrung send both of her sons to the most will known school which cost more than usual. Giet have to find more driving job and except Panrung she had to find jobs even she never worked in her entire life. She couldn't endured poverty any longer at the same time Wasuthep still loved her hasn't changed. He came into her life again. Wasuthep willing to abandon his wife Gunteeya and his only son Dome to live with Panrung and her children. Giet knew how humble he is and willing to let Panrung go to a better place. Wasuthep promised to take good care of the children.

During the Vietnam War, under Wasuthep cared Panrung used his power to get politics connection with American military and she rises again. She also had 2 children with Wasuthep, is Panwa (Cherreen) and Pakorn (March), her borne youngest fortunate son that turned her life around. She loves Pakorn very much while Chunam still in jail. Panthep went to visits his dad (Chunam) in jail often. When Panrung found out she sent Panthep to continue education in America.

14 years has passed, Panrung's children had grew up to be young adults. Panrung had decided to have her son Panthep who graduated in Business degree of America to help her managed all her business affair. She planned to expand her business by having her son Prok with Nicha (Ben), the daughter of infamous businesswoman Madame Nirakmorn to be engaged. When Madame Nirakmorm went bankruptcy, Panrung withdrew marriage propasal between Prok and Nicha. Prok and Nicha went to seek Giet, Prok father who is the Minister of Transport for help. Making Panrung unhappy. Panthep took care of business in place of his mother (Panrung). He managed everything according to his path. Panrung disagreed. So they had agument. Panthep left home and decided to do business with Chunam, his father who got out of jail.

Panwa found love with a young DJ Dome (Point). They both loves each other dearly which they don't know their love is upon hatred. Dome is the son of Gunteeya and Wasuthep. The two had a chance to find love is Gunteeya's revenge plan against Panrung. Her plan is for Dome to destroyed Panwa. Worst than that both Panwa and Dome are siblings with same father. This will make Panrung and Wasuthep feel the pain as what she had gone thru.

Except Pakorn who found love with Wiring (Jannine) a friend from the University. Pakorn was in distressed he knew that his mother had high expectation of him, won't allow him to love Wiring, certainly. Because Wiring is a poor girl from the slum. Panrung was angry at Prok and Nicha for getting married secretly. She punished both of them to stay at the small house and scold at them more. She gets more angry when she knows her son Panthep went to lived with Chunam, his father. Even more, her only daughter Panwa got kicked out from the University. She grounded her daughter not to go out.

Panthep joined Chunam in illegel business, but they got caught due to illegal business partners' betrayal. They both got chased by creditors. Chunam have Panthep to seek help from his mother, but he got rejected. Without thinking Panthep hurts Panrung badly and ran away. Chunam was protecting Panthep and he got shot to death. Panrung helped Panthep to escaped from the country before getting caught. It made Panthep knows about love and forgiveness from his mother, even though he had wronged her.

Panwa had decided to run away from home with Dome. Both of them got addicted to drugs and they were out of money and were in poverty. Dome wanted drugs, with Panwa's love she became a prostitute to help find money for drugs. She didn't dare to go back to her mother, because she thinks she wasn't a good child and destroyed her mother's dream. Wasuthep went to find Panwa in Guntheeya's house and found out the truth about Guntheeya's plan. Wasuthep was in shocked and due to his heart attacked he died.

About Pakorn, each day he loved Wiring more. He was in confusion when his mother had high expectation of him, because his mother lost hope for his siblings. At last Pakorn decleared his love for Wiringnook. Panrung had decided to allowed them to married. Afterward, due to Pakorn not being mature enough both him and Wiring had a misunderstanding, he was in denied that the child Wiring is bearing is his. Wiring was sadden and she left Pakorn. Pakorn wasn't willing to accepted the truth, he blamed on his mother that it was her fault. Pakorn created a big tragedy and wanted his mother to know how it is like to lose someone you loved. Panwa was found with unusual condition and was brought back to her mother. Panrung took care of Panwa until she gets better. The legend of great love of Panrung, end of the last chapter of her life. What kind of love is the greatest? The question remain unanswered. There's many ways to experiment and learned, but never stop searching and traveled the path filled with love.