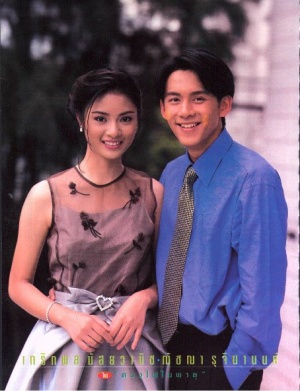 Fluke grew up in a tough household. his mother especially expected a lot from him. He was always picked on at school. The only person that was nice to him was Ying and that's why he developed feelings for her. She too liked him a lot. but there was this guy that liked her also and he claimed her. Fluke was under a lot of pressure and one night someone offered him some drugs and he tried it. And he was hook from then. Ying didn't know she just thought that he was avoiding her so she went with the other guy. That made Fluke even more depressed and he did more drugs. He tries to quit a few times but always returned. At the end his mother realized that she was the problem but it was too late. He was shot when he tried to save his mom from these bad guys. She talked to her son and after she told him that she loved him he took his last breathe and he dies.