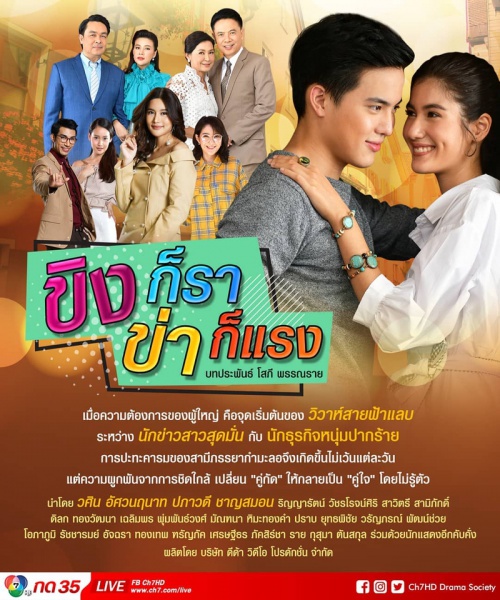 In order to get news, Nit follows Pawee and his father to a psych ward where she finds out that Pawee's mother is still alive and not dead like his father had announced to the media. Nit's mother who is a nun goes to the psych ward to see Pawee's mother often to talk to her, there Pawee's mother, who went crazy from Pawee's playboy father, begins to form a bond with Nit. Pawee is upset from the news about his mother still being alive (because it was supposed to be a secret) and begins to have a lot of misunderstandings with Nit, while his girlfriend Pen (who was really happy she wouldn't have a mother-in-law) is very upset at this secret. Ni, who is Nit's sister, is a mistress to Pen's father. Nit does not agree with her sister's actions and refuses to acknowledge this older man, but she cannot stand to leave her sister who has a weak personality. After some time Pawee's father is able to comfort Pawee's mother to go home. Pawee's mother hates Pen at first sight and forces Pawee to marry Nit. Will Pawee and Nit fall in love after being tied down together? How will their will their relationship be after all the twist and turns? (Source: AsianFuse Wiki)