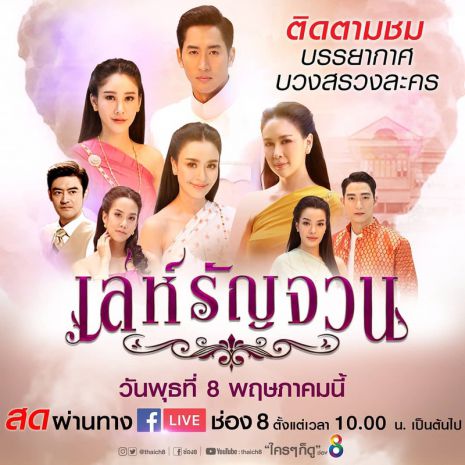 The country is accelerating development and opening up for foreign civilization. The people of the court brought civilization to their original application. Prosperity brings competition. A young man in his age wants to enter government service For all women wanting to marry a young man who has a good job and is regarded as the first wife. But in an age when men have many wives The struggle to become one in the heart of the husband is widespread. Not even the beautiful bride of Khun Ram Srichan, Puangthong, and Bulun. But Khun Ram instead had the heart for Srichan Therefore asked Srichan to marry But Mae Choi and Luang Pinit Khun Ram's mother and father disagreed because he liked Puang Thong and agreed that it was more suitable for Khun Ram. Srichand knew this and was very sad. But because Khun Ram Rak Srichan Despite being excluded from his parents, she secretly had an affair with Srichand until Srichand became pregnant. In the end, Khun Ram's mother decided to accept Srichand as a daughter-in-law. source : thairath.co