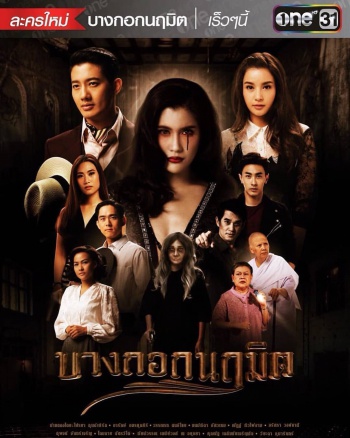 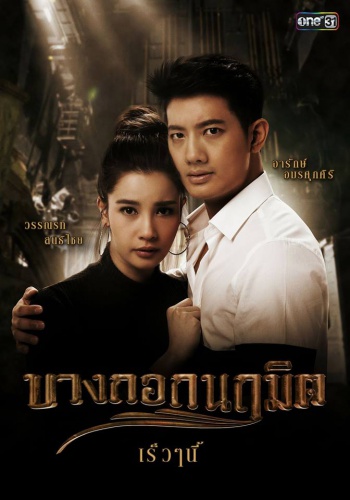 Malaiwan (Poo) is a beautiful and charming woman who's high-flown, has singing and acting talent, and became a stage actress. She's the famous star of Bangkok Naruemit theatre, but everyone hates her for being mean and arrogant. One day, Ward, (View) a girl who came from a rural area threatens to make Malaiwan lose everything she has, but she will do anything to protect it. Later, a fire is accidentally sets in the theater killing Malaiwan. Her spirit stays to haunt the place where she died. credits to: mydramalist

Karun’s from a Hi-So family. He plans to rebuild Bangkok Naruemit, a theatre wasted for 70+ years, and doesn’t foresee the turmoil, feud, and tragedy it’s going to release. People say that the theatre was ruined by a fire. Many people lost their lives on that day. Thus, nobody knows it was not an accident but, instead, a fire caused by the hatred of Malaywan. As the theatre is being rebuilt, the love and hate and violence once disappeared will be aroused again.

Pae as Poj - Owner of Bangkok Naruemit. A casanova having affairs with two girls.

Pae as Karun - Good-looking and well-off, with a struggling memory buried in his subconscious mind. Karun is an atheist and plans to rebuild Bangkok Naruemit. In doing so, old scars start being revealed. He comes to realize that he was Poj in his past life.

Poo as Malaiwan - Beautiful and charming, Malaywan was the queen of Bangkok Naruemit but lost her love and n’ek roles. She died of hatred and eventually turned into an evil spirit, haunting the theatre for revenge.

View as Phaengmak (Paengmas?) - An actress with solid acting skills. She gets involved with the supernatural horror events occurred in Bangkok Naruemit simply because she resembles Wad (Ward?), once the leading actress of Bangkok Naruemit.

Pleng as Neeramai - Pretty and talented, she falls for Karun and then has a fall-out with her best friend, Phaengmak. Blinded by jealousy, she makes a deal with the evil spirit and so gets herself sucked into the abyss.

Natthew as Sahachart - A famous actor who has ESP. He senses the weirdness of Bangkok Naruemit and tries hard to help people escape from the evil spirit.

Fresh as Penchom - An acting coach for the theatre. Strong and tough. She spends a lot of time in the study of tame head and refuses to collaborate with Malaiwan.

Aof as Lerng - An actor for the theatre. Kind and freiendly to all people. He survived the fire and knows all the mysterious secrets of the theatre.

Lift as Brapan - Owner of the theatre during the Ayutthaya period. Gifted in writing play scripts and composing songs, he married Malaiwan but was being dumped. He felt too sad to move on and became a ghost after his death.