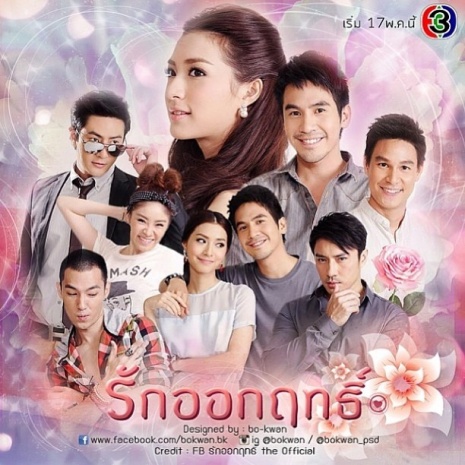 Short Summary- Mew's character will be a woman who was married to many guys but all of them died suddenly after becoming her husband. Then Pope's character enters the scene. What will happen when these two meet again and again, will he be her last guy and also last forever?

Detailed Summary- The storyline is about a girl name Wanisa (Mew) who is cursed in love. Every man she marries dies. As a child, a fortune teller looked into her fortune and told her mother that everything's good about her except for her love life. She's jinxed in love and don't let her marry when she grows up. Since each of the men she marries dies and they're rich as well, she inherits their fortune. One of her sister inlaw is suspicious that she's behind her brother's death.How is it that all her husbands die once they get married and each wrote her name in their wills? So she hired Jo (Pope), the p'ek, to investigate her to find evidence that she's a murderer. Pope, too, is known for being a child who is cursed with bad luck. As a child, their family fell poor after he was born. Every person that his mother sent him to live with also encountered incidences that resulted in them facing accidents or financial issues. He eventually investigates Wanisa and falls for her as well. Will these two people jinxes find love in the end? You'll have to find out and watch!