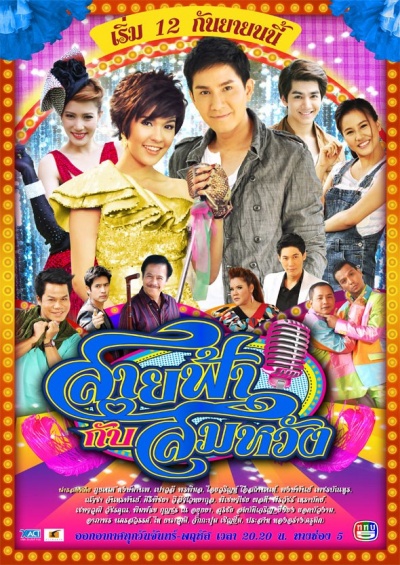 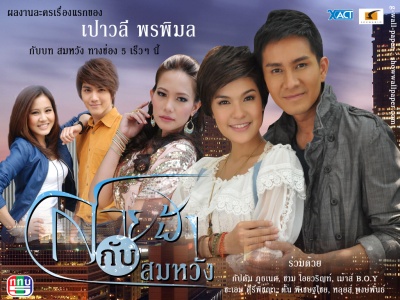 Somwang (played by Paowalee Pornpimon) witnesses the murder of a rich lady, and the murderer tries to silence her. Luckily, she escapes the hit-man. For protection, the police officials (main officer on the case played by Tun Pichetchai Pholdee) send her to the countryside to go into hiding. They enlist officer Kularb as her bodyguard (Aim Siriphitchaya Wisitwaithakakun).

In the countryside, she works for the pra'ek's, Saifah (Captain Phutanate Hongmanop), family business. At first, Saifah and Somwang don't get along with each other, but they gradually develop feelings for each other. While working for there, her singing talent is discovered, and Saifah's family and friends ask her to sing for their failing business. She agrees and sings for them using a mask to cover her face during the various concert events.

Unbeknownst to naïve Somwang, her crush, Yordchai (Louis Pongphan Petchbuntoon) is the mastermind behind the rich lady's murder. Yorchai is the rich lady's young boyfriend, but he wanted her riches for himself, so he hired the murderer to kill her off so that he can inherit her fortune. He didn't count on someone witnessing the murder, so her orders the hit-man to kill the witness (but he doesn't realize Somwang is the witness, since only the murderer saw Somwang). Yorchai finally finds out that Somwang is the witness, so therefore, he plots her death. Watch to find out how he and the hit-man attempt to silence her and how she and Saifah fight for their lives and for their love.