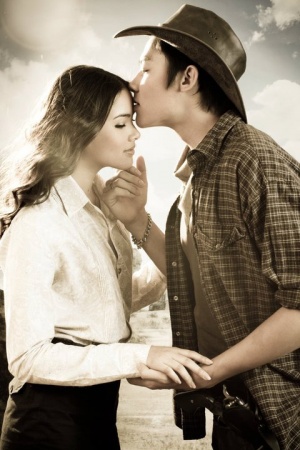 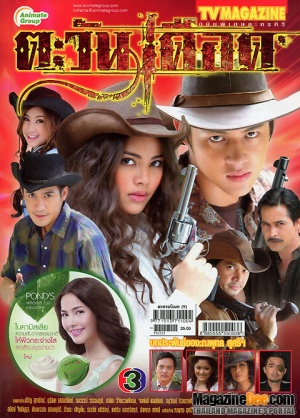 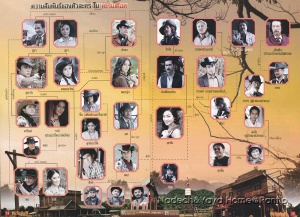 When Tawan was a child, his family and farm was invaded and murdered by a bunch of bandits, led by the rebellious Charan. After escaping with his father's best friend, Saroj, Tawan was taught and raised into being a strong young man. In order to seek revenge, Tawan plans to undergo a disguise and blend himself with the men who work around Charan. Along the way, he meets Singh (a common gang thief) who agrees to help him succeed on his mission, as the two become fast of friends.

When Tawan and Singh arrives at Charan's place (which used to belong to Tawan's family), they come across an abandoned farm house with no one left but two sisters, Roong and Ploykwan- the stepdaughters of Charan (who had fled the acre to avoid a riot). After they meet, Roong learns to trust Tawan (who is going by the name of Seur to avoid suspicion)- as the two have to overcome many obstacles, whereas, Kwan teaches Singh to become a better man. Tawan and Roong are love interests but Tawan constantly halts himself because Roong is the elder daughter of his family's archenemy.

After the massacre at Fah Roong Farm in Phu Prakarn city, Phupa and Usa, the owner of the farm are killed. There's Tawan, their only son who survived and escaped with Saroj, Phupa's best friend.

Saroj believes the manipulator of this massacre is Sakda, Phupa's business partner who wants to seize Fah Roong Farm. Saroj takes Tawan to escape from the hunt and raises him up to be a brave fighter like him. He sends Tawan back to Fah Roong Farm again to find out about the mystery of his family's death and avenge them.

On the way, Tawan meets Singh, who becomes his new friend. Tawan decides to change his name to be Suer, so that it will be easier to disguise himself to work in Fah Roong Farm. Unfortunately, he finds out that Sakda had problems with Por Liang Jaran,the most influential person in Phu Prakarn, and he has fled to hide himself. Sakda leaves Fah Roong Farm in the hands of his 2 daughters, PetchRoong and Ploykhwan to take care of.

It is confirmed that this lakorn will be based on a kiss/slap, western cowboy theme.

Noom Attaporn and Nok Chatchai will be teaming up to direct and produce Tawan Deard.