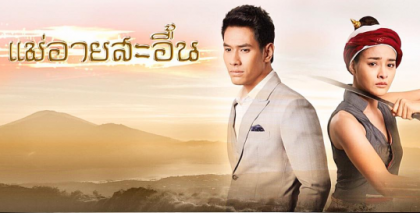 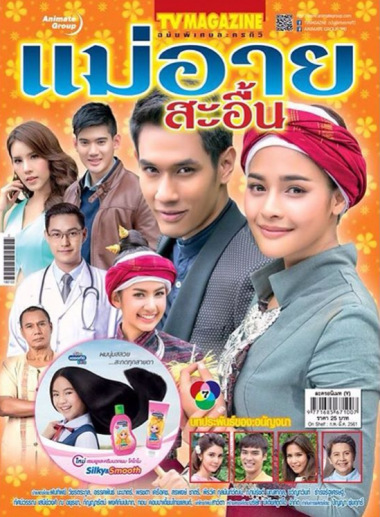 Downel (Pooklook) the prettiest in town a talent with sword dancing, because her dad (Sorapong) taught her. Cher Eun (Mameaw) plays the drum (mai pae krai). Their group is famous and that encounter problems with Nai Meun (Somlek) (a old man who teaches puppets). Nai Meun is the guy that wants to separate their group. Lekra (Kwang) is jealous of Downel's beauty. Lekra is always trying to find a way to get Downel's family in trouble but Downel always find a solution.

One day, Downel gets to go performed at a opening party of a hotel and meet Sunpong (Om) the owner of the hotel. Downel falls in love Sunpong, but he didn't care about her because Sunpong already have a girlfriend, which is Jidapa known as Gigi (KiewKoi).

Downel's father gets blind when she took him for a check up at the hospital. The doctor said that they have to cover it soon or he'll be blind forever. Downel really wants to work to get money to cure her dad's eye but A Sa Sea tried to raped her, but she escaped. Nai Meun made A Sa Sea sleep with her daughter so that Downel family can’t perform any more.

Sunpong told Sownoi about their engagement and Sownoi can't accepted it. Ling Ling puts it in a newspaper and Kon Nai Tid know. He sends news to Gigi in American to come back to Thailand because Downel is just lying to Sunpong. Kon Nai Tid come and tells everyone about her son and also talk about Tedwah but Tedwah rejected to help Downel. Kon Nai Tid and Gigi told Sownoi to tell Sunpong to stop thinking about marrying Downel. But Sunpong still announced his marriage with Downel. Cher Eun is mad at Downel because didn't tell them about her son. When she visit her dad, she talks to him without telling it's her and her dad talked to her nicely without knowing that it is his daughter. Kon Nai Tid also tells that Cher Eun is Downel's sister but Cher Eun rejected that someone so popular like Downel will never be Cher Eun's sister. Downel feel very sad because Cher Eun rejected that Downel is not her sister. Before going back to Mai Ai, Cher Eun talked to Ve Lai and found out that Downel is pregnant because she became a prostitute. Downel told Cher Eun not to tell their father. When Sunpong heard Cher Eun and Ve Lai talking about Downel's son. Sunpong misunderstood that it's his brother son. Sunpong want them to tell the truth and they told him that it's his son not Tedwah. Sunpong can't accepted the truth and ran out of the house.