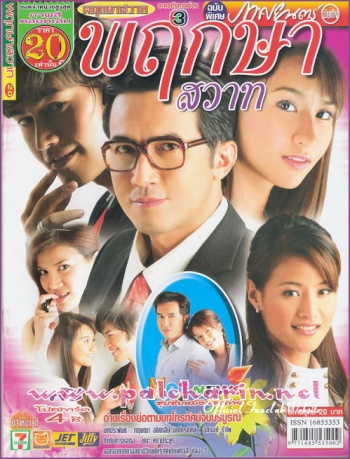 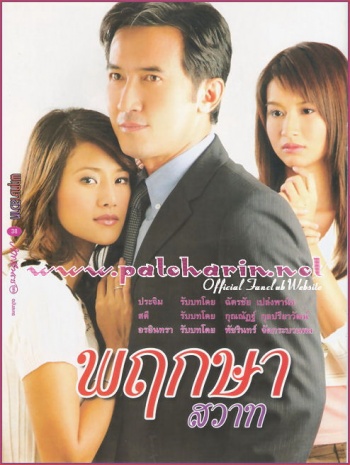 A lakorn that is full of drama... It stars Nok Chatchai as Jim, a single, wealthy, man that is probably around his forties. Jim is a business man that is very dedicated to his work. He is so into economics that he talks about it almost all the time. That's the reason that makes all of the women who dates him end up dumping him.

Namfon Patcharin's role is Orn, a young girl who is probably entering her twenties. She is from a poor family and lives in Chiang Mai. Her father is Jim's best friend. When he knew that he was going to die soon, he wrote a letter to Jim asking him to look after Orn.

Sadtree is played by Namfon Kullanat. Sadtree is one of Jim's distant relatives who lives with him so she can take care of the whole family. She has a secret crush on Jim.

Aon Sarawut plays the role of Wic, a young man around Orn's age and the eldest out of three children. Wic's mother and Jim are siblings. They also live with Jim. After Orn moves in, Wic often teases her but when he gets to know her better, he falls for her.

And so the story begins after Orn moves into Jim's house. Everyone in the house despises Orn except for Jim and Sadtree. Wic and Orn start off on the wrong foot but after Jim enrolls Orn in the same university as Wic, Orn and Wic fall in love. The whole time, Jim never understands Orn. He even starts to fall for Orn to the point he gets jealous. Every time he sees Wic and Orn together, he tells Wic off and yells at Orn. Jim decides to take Orn out of the university so she can be distant from Wic. But that doesn't stop Wic. One day after school, Wic takes Orn somewhere and makes people mistakened that they had an affair. Actually, Wic just wanted to talk it out with Orn and make things straight. When he took her back home, Jim is very angry. He forces Orn to Hua Hin with him so he can make things straight with her. Now people begin to think that Jim too, had an affair with Orn. Orn realizes that Jim only does all that because he cares for her but she fails to realize that Jim had actually fallen in love with her.

When they return home, Wic goes see Orn in her room. Jim witnesses it and becomes very upset to the point that he rapes Orn. Later, Orn learns that she is pregnant with Jim's baby. When could no longer handle the atmosphere and pressure around her, Orn leaves the house and returns to Chiang Mai. In the end, Wic's friend, Waen runs into Orn and notifies everyone in Jim's household. Orn gives birth to a baby boy and later sort things out with Jim. Jim reconciles with Orn and they live happily ever after...