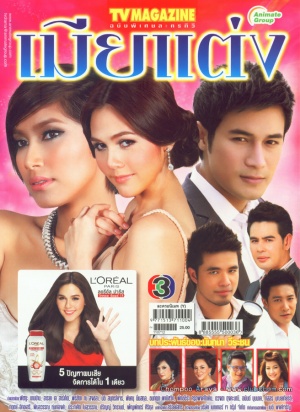 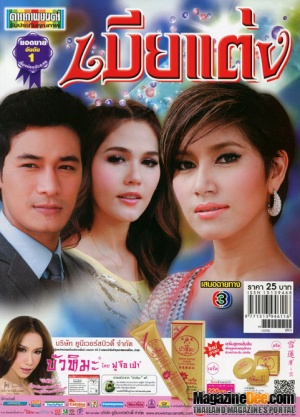 Kongkai is a playboy. His mother wants him to settle down so she finds a girl for him to marry which is Arunprapai. At first, Arunprapai didn't wanted to marry him, but to get away from her ex-boyfriend ( who accidentally got one his employee pregnant) she decided this was the only way to settle down. Even when they're married Kongkai still goes out and there's this one girl( Broong) who just hangs onto him and won't give up. She has a husband but didn't like and went to hang out with Kongkai instead. Kongkai also gets jealous of Arunprapai because her ex- boyfriend keeps on trying to get her back and to get divorced with Ben which was the employee he got her pregnant. So because of that Arunprapai and Kongkai slept together on one of the night. They began to fell in love after that. And because of that Kongkai decided to break the promise with Broong. The promise between them was Kongkai gets to divorce Arunprapai in one year. So Broong decided to think of a new plan to get Kongkai to stay by her side. The plan was that she told Kongkai she was pregnant. Broong wanted Kongkai to take the responsibility as a father. Meanwhile Broong is fake pregnant the real wife Arunprapai is pregnant , but didn't tell Kongkai. Arunprapai soon left the house and met up with Broong in the hospital where Kongkai's mother was there and saw Broong was trying to kill the mother. So both of them got in the car and appeared to have a car accident. Then Kongkai finds out that Broong is not pregnant, but turned out to be Arunprapai is pregnant. Broong now gets really angry and wanted to kill Kongkai and Arunprapai, but her husband who loved her very much stopped just in time before Broong can kill anyone. Broong's husband got killed by his own mother because she wanted to kill Broong. That left Broong very upset and she went to the temple and soon she became a monk. Kongkai and Arunprapai had a happy ending.

Kongkai lives his life as a playboy, so his mother wants him to get married with a girl who can make him better. So, she forces him to marry with Arunprapai, a good girl she finds for him.

Arunprapai accepts to marry with a guy who she doesn't love to avoid the rumor that she commits adultery with Phuchong, her ex-boyfriend who is going to have a baby with another girl by accident.

However, Kongkai and Arunprapai's marriage life is not smooth because Kongkai also has girlfriend named Prungchat and she wants to get him back.

Excerpt from the novel:

Kongkai was like a jealous kid. He couldn't stand seeing someone else's importance even with the person who he has never been familiar with. When she was quiet, he raised his head up and looked at her in that big mirror.
"I ask you if the guy named Phuchong is the same guy I saw in the wedding night?"
"Yes." She answered firmly. "Right"
"He's good looking. Who is he?"
"My old friend. He's an assistant district officer.
"Next year and on, he will be promoted to be a sheriff or a provincial governor. It's the bright future" And he just asked her all of a sudden. "Why didn't you marry him? He looks charming."
Aruprapai stood up and answered him clearly.
"Because he has never proposed me."
"You mean if he proposed you, you would not refuse him, right?"
"Yes. Refusing his proposal is stupidity."
"That's so?" He sit up.
"So...why did you marry me though you'd never seen my face before? Don't you fear that you would live your life with a sexual disabled guy?"
"Because marrying with you makes me smarter after I used to be stupid." She turned to face him. "You're not disabled and I'm not handicapped. You have no right to meddle in my personal matter."
...
"Arunprapai!"
"I'm your wife. If the word "wife" means "slave" for you, I can tell you that you're not smart for marrying me."
...
"How well do you know the word "wife", so you dare to marry me?" he asked "Your status is not like the servant, just making breakfast, doing housework or following the order." He teased her and threw himself on the bed as the same. "There're something more than that...like...the matter on the bed."